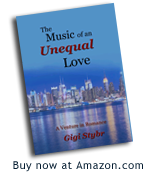 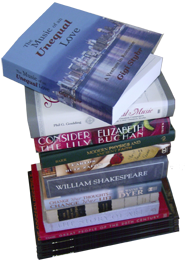 One day, years ago, I felt a deep desire to share my enthusiasm and love for classical music with other people. At the time I was working as the assistant to the president of a classical music label in New York. I had the honor of meeting some of the world's most renowned artists, was present at rehearsals, recording sessions and attended countless concerts. I also sang in a chorus and took classes on music appreciation. Being able to experience all aspects of music-making, I wondered if I should write a book. I considered something like "Baby Steps into Classical Music" (A Beginner's Guide).

A marketing executive of our company shook her head and said, "There are enough academic books on the market that don't sell. If you want to get your message across, my advice is: Sex sells. Write a sexy story and wrap it around music." I thought she had a point.

Then I remembered my happy and carefree summers as a child and teenager in Austria, in Pörtschach, situated at the beautiful Lake "Wörth." I decided to connect the two worlds and started writing. 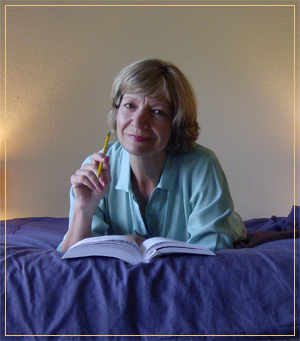 What would come first, a structured story or a mere floating feeling for an idea? I realized what I needed first was to experience an emotional identification with a story and then let it grow organically. As soon as I could "feel" the tension, insecurity, jealousy or love, the story-line would follow.

I'd wake up in the middle of the night and the perfect sentence would pop into my mind. I always had a pen and paper on my bedside table, but in order not to wake my husband I would not turn on the light, but write in the dark. In time I became skillful at writing straight lines that would not overlap, in complete darkness.

If you write, writing should never be the most difficult thing in your existence. Writing should be the second most difficult thing. Something else should be a bigger challenge - your job, your relationship with your mother, or your boss, maybe your finances. If writing is the second hardest thing, it seems easier, more pleasant. And it becomes instilled with the already acquired skill of problem solving.

At the suggestion of a friend who thought that I was working too hard and that I should take a weekend off from writing, I became horrified that I might lose my momentum. It was difficult enough that I had almost no time to write during the week, but not to write on a weekend seemed sacrilegious.

I don't agree when they say the recipe for becoming a good writer is to sit down every day in front of the computer screen and write. A blank screen is scary. I received my best ideas while driving, on the bus, at the supermarket, in a restaurant, in the bathtub. I was never without a pen and a piece of paper.

I learned to trust in spontaneous inspiration and a "knowing" that the book was already "out there" and I just had to filter it through my head and my hands onto paper.

While writing I ask myself the question: What am I doing here? I am creating a heroine who commits adultery! Will anyone like or even love Isabella? She is not meant to set an example for society, or to be copied or looked up to. Maybe she went through her "venture in romance" in the name of many women - who enjoy the story without the need to follow in her footsteps. It's like men enjoying football on TV. They could never do it themselves and so the experience of the mind takes the place of the real thing. Isabella made her decision as a way of liberation from collective norms, but really just for herself. Her "venture in romance" is as much a philosophical as a physical step - a step into the shadows of the unknown.

It took me a long time to realize that my book is a good one, whether it's a published or an unpublished book. But deep down inside I knew everything would happen at the right time and place.